Adya has settled in to Finland so well. She seems to be such a corageos, open-minded and happy girl, that is eager to learn new things and meet new people and dogs. Boys have accepted her well, Shanti has strengthen his role as the leader, and doesn't really play with Adya that much, to my surprise. Shanti has been so playful and still plays with Preety every day, but he has a bit different attitude to Adya. He is still behaving so well towards her, but is more calm and adult-like. However, Preety has turned to be Adya's play-master, mainly outdoors though. They run around on the ice and have so much fun together. My boys get to learn dog-language to Adya so well, and she is a fast learner. Shanti hangs out more with Adya indoors, and Preety wants to keep his distance and peace.

Preety and I have compted both at agility and obedience. Obedience went very well, and we won the beginner's class with good 1st class result. So next challenge in that is to learn the commands of the open class, and test competing in it. We have also taken few starts at agility, but still waiting for the last 0-result to rise up to medi2-class. I'm sure it will happen soon. Also, there will be few shows around for Preety to try to get the last cert to become Fin ch (and EE ch on the same go).

Agility we have trained about twice a week, and now Adya has joined agilityhall as well. She loves the few obstacles she has tried, and I am really pleased with her behaviour and attitude. Great chick!

We have also had some kooikermeetings, and Adya got to play with similar-aged kooipup called Romi, who has moved in our town as well. Adya behaved well among the adult kooikers, and they all were so nice to her. We have such a great kooi-group around here. Adya has also med numerous people, and she has been open and happy to learn to know every single one of them. 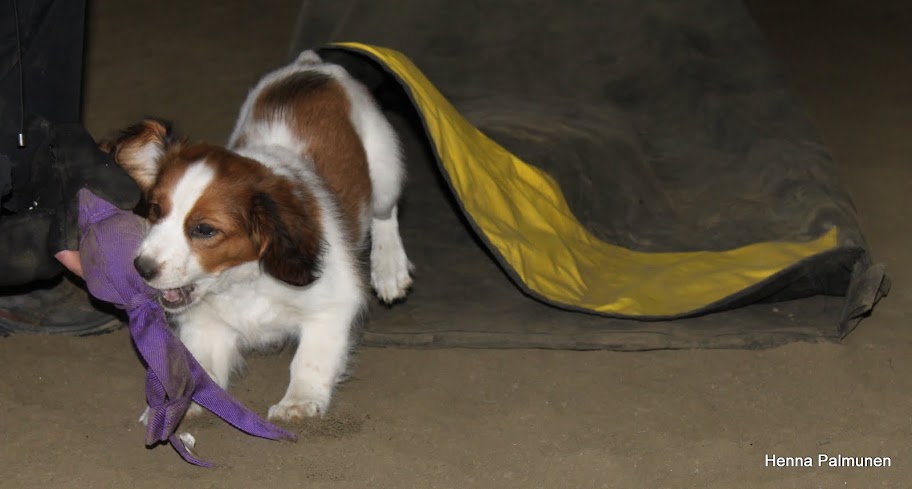 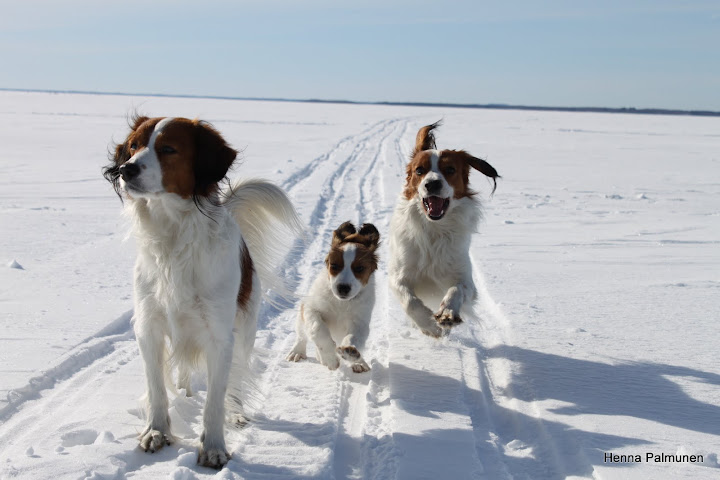 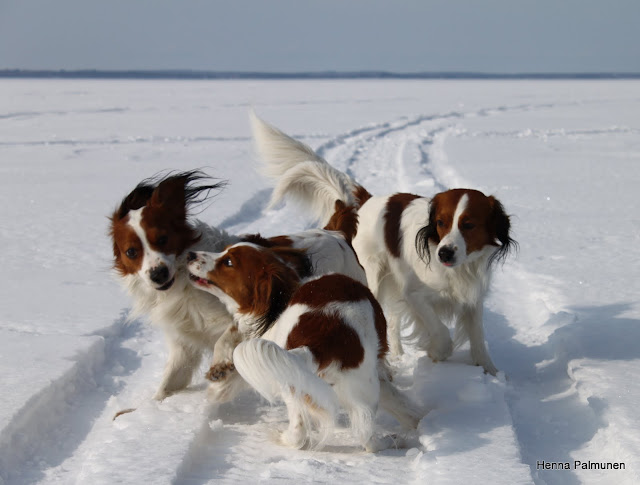 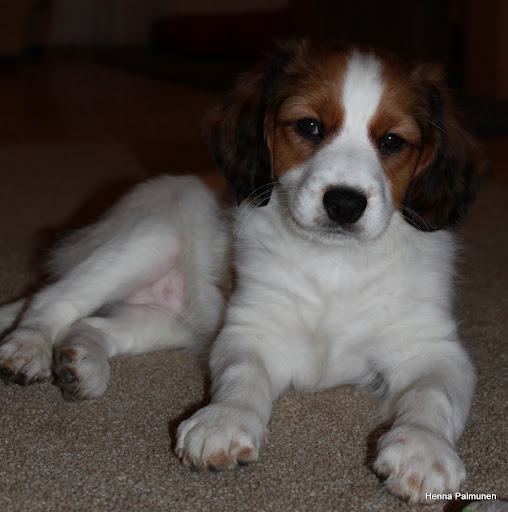 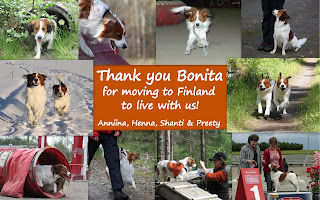