Rise and shine, at agility finally! 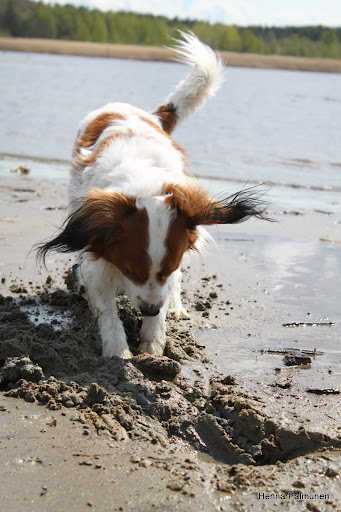 Yesterday Pre had another sporty-day at agility. I was bit doubtful at attending the tracks, since his slip at his 3rd track at Kuopio last weekend. The much needed zero for rising up to medium2 class has waited for itself, so often, so near, and then a small mistake, and it has passed. Well yesterday it didn't! It was nice place, a sandfield at idyllic surroundings, and warm summery day. Preety travelled with his friend Ella, another medi1 kooikerhondje, and we arrived early. We had plenty of time to hike in the woods to warm up, and also enough time to interpret the track well. As always, I tend to practise the track by heart, imagine it in my mind, and also vocalise, both the names of the obstacles, as well as cheerings for my dogs. The first track had a few demanding spots, and I doubted the way I was supposed to guide Pre. Eventually I probably didn't take the most fluid options, yet Pre was so obedient, that he just kindly waited me to correct the guiding, and then he performed the correct obstacles. He was slower than usually on both tracks. Luckily at the first class the time was enough, but sadly on the second class we took overtime. I am still proud that he was able to take a win at the first class, and even become 2nd at the medi2 class, and he was the only one without any mistakes on the track. Well done my little-Pre!

I have made a promise to Shanti, that his turn to activities will become soon. I have so concentrated on Pre's agility, obedience and shows, that Shanti has always been left without races or competitions. Now when boys will be at consequtive classes at agi and even at obedience, it must be Shanti's time to attend those as well! That is my promise to my bigger boy. 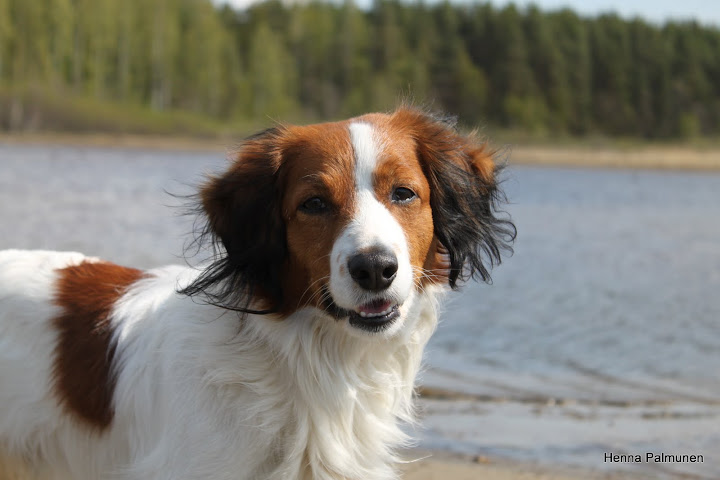 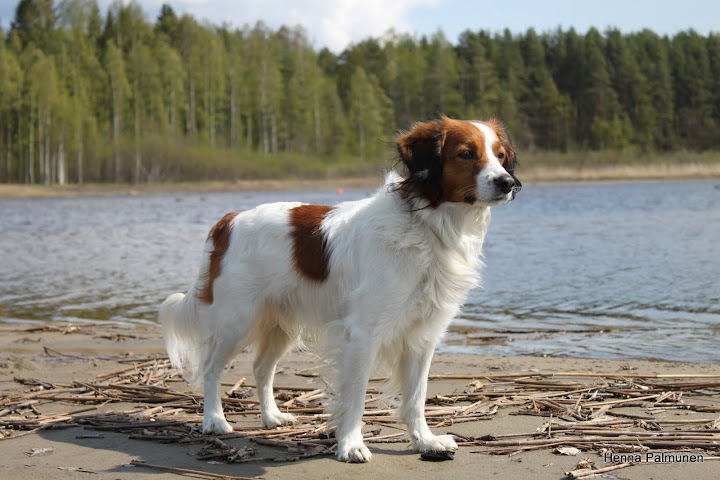 Dogs have enjoyed the springy-summery weather, been much outdoors and started their swimming-season too. That is such great way of exercising, and we will do that nearly every day from now on. It is a delight to stay at my mum's during the renovation of my own flat - we have a big backyard and a lake available. Much running, playing and swimming! Further, the meals are every now and then offered at the yard, so bit of a nose-work for dogs. 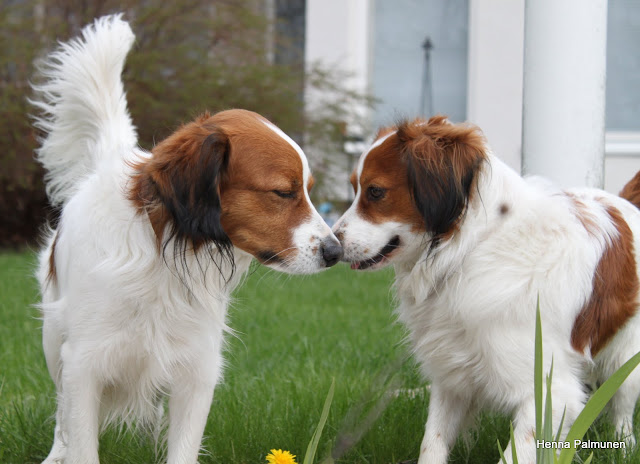 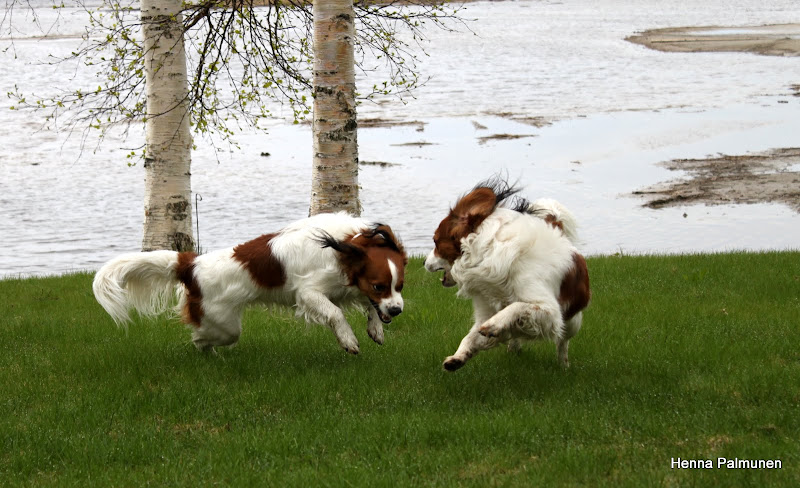 Soon Shanti will again stay behind, and Preety will travel to Sweden to attend his kennelmeeting and two shows. So exciting summerbreak ahead, I hope it all goes on fine!

Adya has been practising so many new things, beginner's obedience, showtraining and little bit of agility too. Annina has attended already two unofficial shows with her, and succeeded on both times. Today Adya has been even BIS3 at a local matchshow! Well done A+A and congratulations :)
Lähettänyt Henna klo 6.00