Easter has continued in a lovely way. Yesterday we had kooiker-agility, Shanti's littlebrother Fido (Callitris H) and little Fayza-girl (Royal Fayza v. Dyjadin) came for a holiday from eastern Finland. It was so great to meet up with them again, it has been about 6 months since we last met well. We hired the agihall for 1,5 hours, and Saija really got to train agility! She ran with Fido, Fayza and Shanti. With Shan she tested agi for the first time, and she had to race full speed, and both of them were really excited and satisfied on the track. When we were finishing our thing, Kati came together with Kaisa, and they had Tico and Ella along. I stayed and watched their training as well. Further, Pre did some fast obedience. 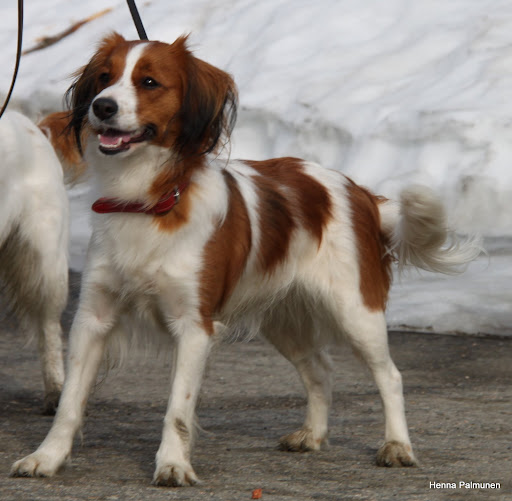 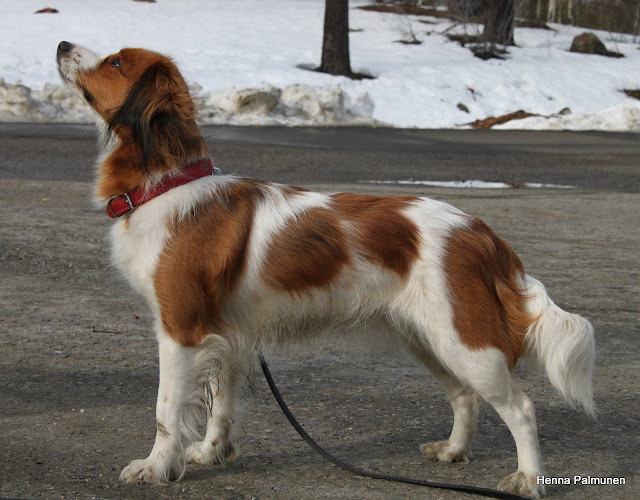 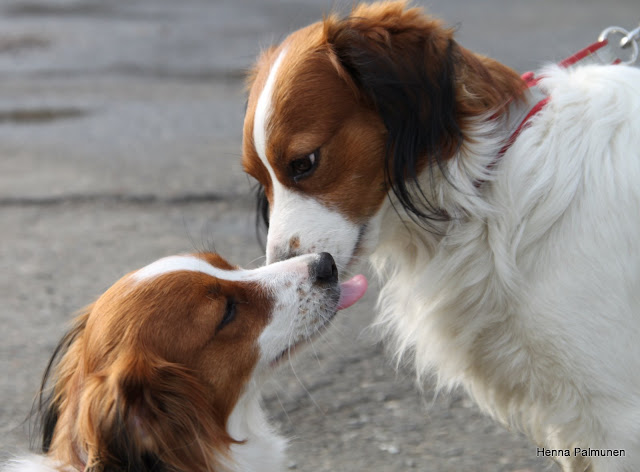 Ella waiting for her turn to race agi: 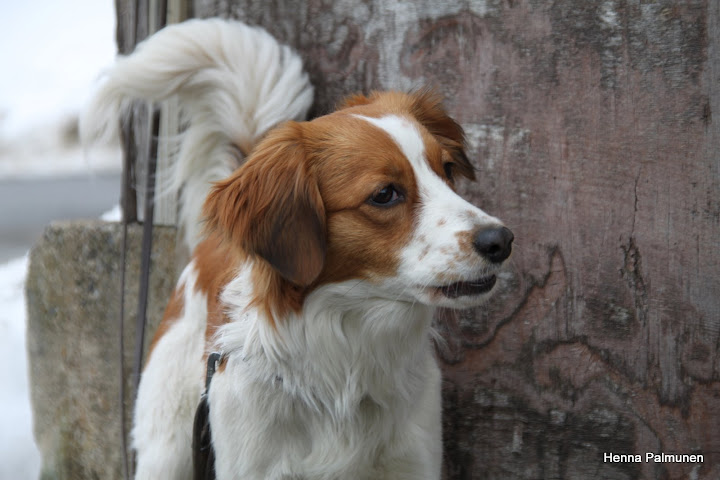 My boys got to have a few hours' break, and after that we went to get some private guiding to obedience. Pre did just very little, and he was again the topman! Shan did more, and his heeling was much improved and we had fun together!

Today has been calm, boys had some 5km hike with Pia, and I left Pre to rest at home and took Shan along to my grandma's nursery. Last time it was Preety's turn, so now I decided to take Shan along. Shan behaved so well, was happy to meet nanna and the staff, and some small kids too. He walked naturally next to wheelchair, well he has been used to that anyway, since I have been on crouches for many months, in several times and one clubshow I even entered with the wheelchair! So great therapydog I have in Shan, and he cheered Nanna, the animal lover, up so well.
Lähettänyt Henna klo 8.29